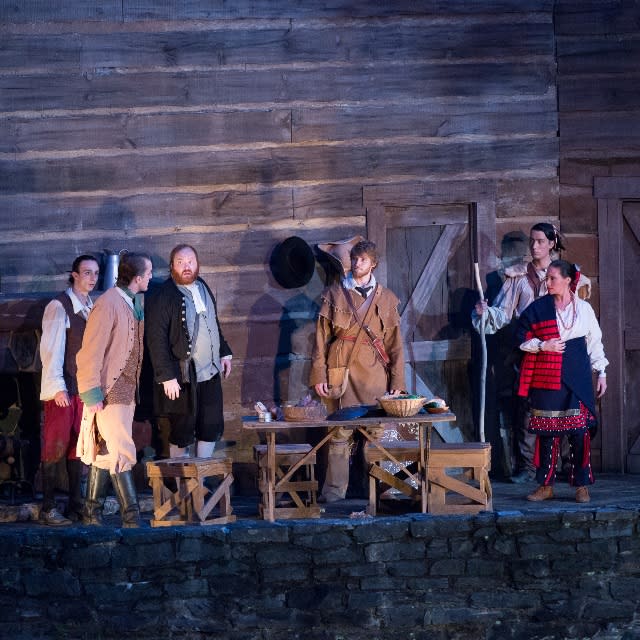 HORN IN THE WEST OUTDOOR DRAMA

Horn In The West is our nation’s longest-running Revolutionary War outdoor drama. The play brings to life the story of the hardy pioneers who, with the help of famed frontiersman Daniel Boone, and Cherokee allies, settled in the Blue Ridge wilderness as they sought freedom from British tyranny.

Loved by young and old, the Horn In The West outdoor drama has been performed each summer since 1952 in the heart of Boone, North Carolina. The venue, Daniel Boone Amphitheatre, was named one of the most beautiful outdoor theatres in the nation. This adventure has offered thrilling outdoor entertainment to generations of visitors since it premiered in 1952.

The performance runs nightly except Mondays at 8 p.m., late June through early August. The house gates open at 7:30 p.m. Arrive earlier and tour the Hickory Ridge Living History Museum. The museum is open during the day (except Mondays) for 45-minute tours, and during the evening from 5:30 until show time.