Skip to content
Home Events FREE FILM SCREENING: To Spring from the Hand: the Life and Work of Paulus Berensohn 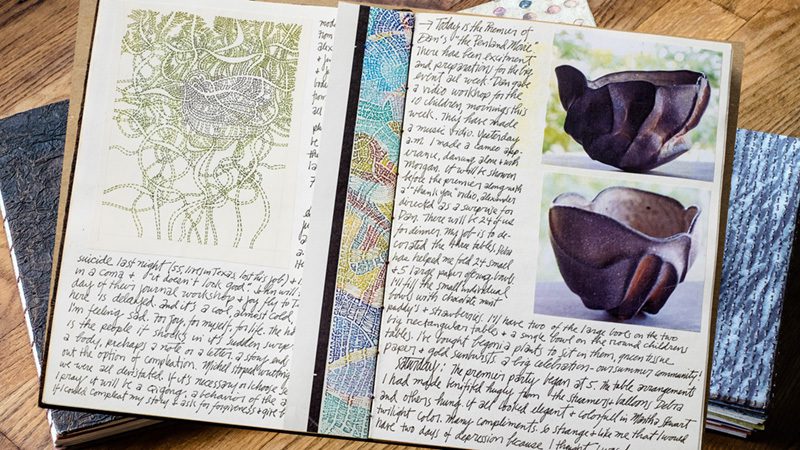 FREE FILM SCREENING: To Spring from the Hand: the Life and Work of Paulus Berensohn

FREE FILM SCREENING, 6 PM
BRAHM is staying open late on Thursdays, so why not join us for a movie? To Spring From the Hand: the Life and work of Paulus Berensohn, provides an in depth look into the influential artist. This film is in association with our exhibition Earth & Fowl: Chickens and Other Poultry in Clay

Paulus Berensohn was born to Jewish émigré parents on Manhattan Island and, despite family opposition, became a dancer who studied with greats Merce Cunningham and Martha Graham and appeared in major Broadway productions.

“I knew how to dance on a stage, but how was I going to dance in life?”

This question propelled Paulus into a new life as a potter where he quickly built a following. In 1973 Simon and Schuster published his seminal text Finding One’s Way With Clay, which remains a bible for clay artists around the world and is still in continuous print.
His first show was a sell out, but also his last.

Paulus rejected the idea of art being “usurped by the marketplace,” and resolved to either give his work away or “return it to the earth.” His focus is not on the object, but the act of creation — particularly how behaving “artistically” can help heal the earth.

Paulus has continued to create, sculpting pots, sewing, drawing, crafting and creating handmade journals — much of it given away or donated to charity.

In the film he discusses his life, philosophy, views on the art world and his ”fairy godchildren,” his love of movement and ongoing practice of Qigong and The Alexander Technique, and finally, death and dying.

‌
About the Director
Neil Lawrence — Director and producer
Based in Sydney, Neil is the founder of Lawrence Creative Strategy, as well as the Executive Creative Director of STW, Australia’s largest communications group.

He is best known for his work developing political campaigns, most notably the “Kevin07” Federal Election for the ALP and the election of Anna Bligh as Queensland Premier in 2009. Neil first met Paulus Berensohn in 1979, when they were both living in San Diego, California.
To Spring From The Hand was his first documentary film. Neil passed away in 2015 at the age of 60.